A downtown friend recently divulged that he and his wife have worked only part time for the last 16 years. They enjoy themselves when they’re not working. They have a garden and they go kayaking. They meander and daydream. They live, he tells me, week to week. It sounds heavenly to me.

When you get right down to it, we’re all living week to week. We may have different budgets to work with but we exist within the confines of the boundaries we set for ourselves. It’s all imaginary. We believe we have security because we have faith in the concept of security. Don’t try to argue the point. If I have to defend it you’ll just get depressed, trust me on this one.

The same day that my downtown friend told me he works only part time and has done so for the last 16 years (I’m not jealous, jealousy is ugly. I’m envious, jealousy’s charming cousin.), I met my neighbor’s visiting brother walking home from the local dive bar, tanked at 5:30P- not that there’s anything wrong with that, particularly if you’re visiting on vacation, but what do you do for the rest of the evening if you’re trashed at that early hour? Anyhow, during the course of our conversation, as we traveled up the street, and I wondered if he had a speech impediment that made him speak so slowly and carefully until I discovered where he’d spent the afternoon, he asked me when I was moving. I had no idea who he was or how he knew I was moving until he put the question in context thusly, “You know, my sister-in-law said you’re building an empire and soon you’ll move.”

It’s interesting to hear what people think of your life. I’m not the least bit offended by the remark because I know the spirit in which it was made. Everyone who is even remotely acquainted with my husband and me knows he is motivated by his children, trying to provide them with some security. The thing is security is worth only what we imagine it’s worth. It has no real value because it can be lost in a second.

You know how I am. I’ve been plotting to get myself a part time job that will last at least 16 years. As recently as August 1st I made this announcement to my own dear husband, “Yesterday was my last day. I quit. I’ll just finish the end of month and close out the accounts and I’m done. ” Really, I did quit. I quit because in the middle of the interminable construction project, during my favorite time of year, my husband and the accountant we work with decided NOW would be the time to change the business entity. I don’t want to bore you to death but I’m sure you know who does all the work around here.

Don’t you worry. I’ll get my revenge when we move. New hours, 8A-4P with an hour for lunch, that’s 5 days a week ladies and gentlemen. I will be observing all of the bank holidays and I will also celebrate Boxing Day, Patriot’s Day, my birthday, and some obscure holidays that don’t get near the recognition they deserve. I don’t have anything much but it does seem I have JOB security. 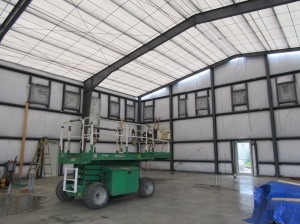 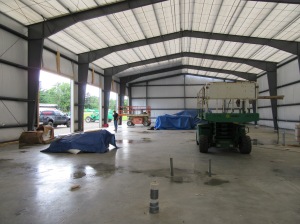 Walking On The Abyss
One Million Excuses

Reasons why I'm not writing. And other stuff.

All you'll ever need, if you're only looking for stuff that's specifically here

what if the hokey-pokey IS what it's all about

So Far From Heaven

Too many reincarnations in a single lifetime to trust this one.

My life in an instant

Humor at the Speed of Life

A shift in perspective

Doug Story
Pouring My Art Out

Ripping out my guts for your entertainment

Every single story has a beginning at its end.

Making her way back to Neverland one day at a time...